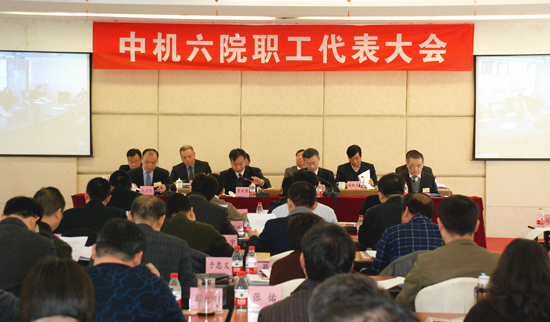 This career congress was kicked off in the majestic national anthem. Mao Weidong, deputy general manager of the company (presided over the work) made a 2016 work summary report entitled "Deepening Reform, Transformation and Upgrading, and Maintaining the Company's Sustainable and Healthy Development". The report is from economic indicators, central system operation, market development, innovation leading, management level. The company's new site construction and other seven aspects reviewed the company's main work in 2016, summed up the achievements we have made in the past year, and pointed out the problems in the company's development. The company's chairman, Huang Guobiao, made a 2017 work plan report for the company to maintain its strategic strength and continue to promote transformation and upgrading. The report clarifies the overall thinking and work objectives of the company's work in 2017, and has deployed the main tasks, including strengthening the construction of management platforms, promoting specialized operations, promoting new business market development, strengthening scientific and technological innovation and core technology cultivation and optimization. Six aspects of talent structure and strengthening corporate culture. After that, the conference heard a report from Deputy General Manager Yu Yu on the company's financial budget and final accounts. 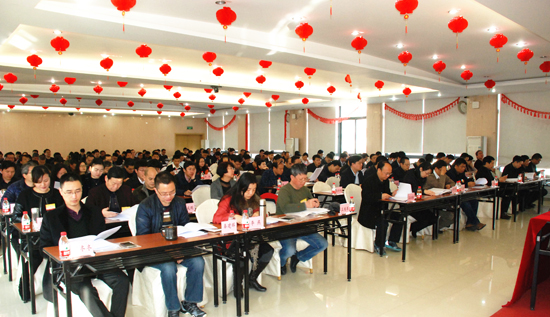 From the afternoon of the 2nd to the morning of the 3rd, the employee representative group discussed the company's 2017 work plan, the 2016 work summary, the trade union's 2016 work report, the trade union's 2016 financial revenue and expenditure report, etc., the meeting documents and the 2017 work. The plan put forward constructive comments and suggestions.
On the morning of the 3rd, the meeting of the presidium of the conference listened carefully to the discussion opinions of the representative groups and conducted serious research one by one. In the afternoon, the conference organized the work of â€œone report and two commentsâ€ for leading cadres. Party Secretary Meng Qingli made the â€œReport on the Selection and Appointment of Leading Cadres of the Company in 2016â€, and then organized the representatives of all employees to perform duties and leading cadres of the companyâ€™s leading cadres in 2016. The selection and appointment of the work was carried out for democratic review. Chairman Huang Guojun explained the common problems raised by the delegates. Finally, the General Assembly adopted a resolution on the company's 2016 work summary, the 2017 work plan, the company's trade union 2016 work report and the union's 2016 financial revenue and expenditure report.
In the new year, the company is in a critical period of deepening reform, transformation and upgrading, and achieving sustainable development. The conference called on all cadres and employees of the company to take the initiative to meet the challenges, strive for progress, unite as one, and strive to achieve the company's 2017 work goals!
The conference ended successfully after completing various agendas.

gas fuel cell is to provide the energy source for the gas actuated tools.

The first fuel cells were invented by Sir William Grove in 1838. The first commercial use of fuel cells came more than a century later following the invention of the hydrogenâ€“oxygen fuel cell by Francis Thomas Bacon in 1932. The alkaline fuel cell, also known as the Bacon fuel cell after its inventor, has been used in NASA space programs since the mid-1960s to generate power for satellites and space capsules. Since then, fuel cells have been used in many other applications. Fuel cells are used for primary and backup power for commercial, industrial and residential buildings and in remote or inaccessible areas. They are also used to power fuel cell vehicles, including forklifts, automobiles, buses, boats, motorcycles and submarines.