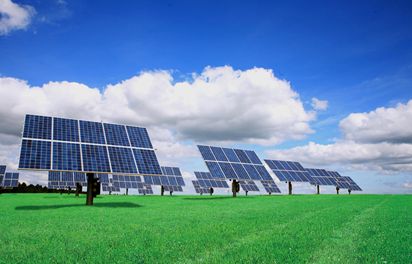 On the 27th local time in Israel, the 5th Eilat-Elliot International Conference on Renewable Energy was opened in the southern city of Eilat. This is Israel's fifth consecutive year to host the International Conference on Renewable Energy. This year, more than 190 energy experts, government officials and business representatives from all over the world spoke at the conference, including representatives from China.

As a leader in a number of new energy technologies, China continues to be a focus of attention of delegates. Israeli Minister of Energy and Water Resources Uchi Landau said in an interview with the Morning Post on the 26th that Chinaâ€™s new energy technologies in solar energy, wind power and methanol fuel are all in the leading position in the world, and Israel is willing to continue to strengthen cooperation with China in the field of new energy. Cooperation.

China's methanol fuel technology is concerned by this conference.** Doret Bennett, CEO of the Israeli Eilat-Elliot Renewable Energy Organization, told reporters that there was a consensus among participants that renewable energy representatives Future energy development direction. At present, renewable energy technologies are booming. One of the important goals of this conference is to provide an exchange platform for technology and investment professionals interested in new energy and to promote more advanced technologies into the commercial sector.

Although this year's conference does not have a special Chinese seminar as it did last year, both inside and outside the venue can feel that Israel has great enthusiasm for new energy cooperation with China.

Israeli Minister of Energy and Water Resources Uchi Landau told the Morning Post on the 26th that Chinaâ€™s new energy technologies in solar energy, wind power and methanol fuel are all in the leading position in the world, and Israel is willing to continue to strengthen cooperation with China in the new energy field.

In an interview with reporters in Tel Aviv on the 25th, the Director of the Alternative Fuels Office of the Prime Ministerâ€™s Office of the Israeli Prime Ministerâ€™s Office, Eilha Rosner, also mentioned in particular that Israel has noticed that China has made great progress in using methanol as an alternative fuel, and Israel very much hopes that In depth cooperation with China. â€œThe Israeli government is implementing the â€œNational Alternative Fuel Program for the Transport Sector.â€ The goal of this plan is to reduce the share of petroleum energy in Israeli transportation by 30% by 2020 and reduce it by 60% by 2025. According to our plan, by 2020, vehicles powered by methanol, compressed natural gas, biofuels, and electricity will account for 30% of Israelâ€™s entire transportation sector. By 2025, 60% of transport in Israel will be Use these renewable energy sources for fuel.â€ Rossner said that alternative energy sources currently account for less than 1% of Israelâ€™s transportation sector, so this will be a daunting task. "Up to 2020, the proportion of methanol fuel alone will reach nearly 10%. This is a big challenge. Because of this, we very much hope to learn about China's methanol fuel technology and start in-depth cooperation with China."

Nearly half of Israelâ€™s photovoltaic panels came from Suntechâ€™s interview. Landau and Rossner have repeatedly mentioned the name of a Chinese company, Suntech Solar Power Co., Ltd. At the opening ceremony of this conference, Suntech Solarâ€™s â€‹â€‹Chief Technology Officer, Stuart Weylim, was invited as the first guest speaker to give a keynote speech on the â€œSolar PV Roadmapâ€.

Sun Lizhi, the public relations and media manager of Suntech Solar Marketing Department, said that Suntech has entered the Israeli market since 2008 and has now installed 100 megawatts of photovoltaic panels in Israel. It is Israelâ€™s largest supplier of solar photovoltaic panels, and nearly half of the domestic The solar photovoltaic panels are from Suntech. â€œIsrael is not the largest market for Suntech, but its prospects are very impressive.â€ Xu Donghui, Asia Pacific Marketing Director at Suntech, told reporters that this is the fifth time Suntech has participated in the Eilat International Conference on Renewable Energy. The main purpose is to first promote Suntech's products to Israel. Another important task is to promote the Israeli government's policy support for solar energy, especially for "flat-rate power grids."

Small and medium-sized Chinese company "Learning from the west"

In addition to Suntech, Chinese companies such as China Light and Solar Power also participated in the discussion or product exhibition. It is worth mentioning that some small and medium-sized Chinese companies that did not participate in the show also came to Israel to â€œacquire the Bible.â€

Tong Fuhong, the general manager of Guangzhou Boao Machinery Equipment Co., Ltd., has participated in the Eilat-Elliot International Conference on Renewable Energy for the third time. He told reporters that Israel has a world-leading level of research and development, and Israeli R&D personnel are particularly active in thinking. They can always think of new directions that others can hardly notice, and thus promote technological innovation. During the conference, he was greatly amazed by the new energy technologies displayed by some Israeli companies, and many of them came from very small companies. â€œEg the silicon-based bifacial photovoltaic cells exhibited by Israelâ€™s B-Solar Company is a very big innovation. Our traditional thinking is to engage in research and development of solar panels towards the sun, but this Israeli company turned its attention to solar energy. On the back of the board, it breaks through the technical difficulties and enables the back of the board to absorb sunlight reflected from the ground. With the same area of â€‹â€‹solar panels, this double-sided solar panel can increase power generation by 30%.â€ Tong Fuhong said, â€œThis application is It is not technically difficult, but we rarely think that Israelisâ€™ innovative consciousness is actually worth learning.â€

Tong Fuhong also stated that he has developed a keen interest in the development of a full solar heating system using air as the heat-conducting fluid that is being developed by one or two Israeli companies. "This solar system no longer needs water to directly heat, which is very suitable for desert areas, it is also suitable for some water-short areas in China, I would like to try to contact with Israeli companies to see if there is any possibility of cooperation in this area. ."